A Special Locks of Love Donation

Throughout April, we’ve been celebrating Donate Life Month by highlighting the importance of organ, eye, and tissue donation. Steven, an employee of St. Joseph Healthcare, recently showed the importance of another lifechanging donation: hair. What made this donation even more special was that it was done in memory of his mom, who herself lost hair in a brave battle against cancer. 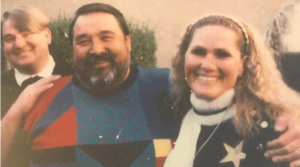 “My Mom, Ruth Ann passed away August 8, 1997 from a long battle with ovarian cancer. She was 49 years old, the same age as I am now. She was a strong influence in my life supporting me as I grew up, supporting me on my path to Eagle Scout, and eventually in to my career in IT. She was an avid golfer and an incredible gingerbread house decorator.

I let my hair grow out for 3 years. The last haircut I got was just before I started with 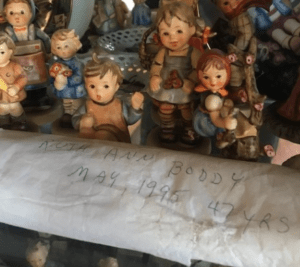 Covenant Health. I wanted to honor her memory with something that was the hardest part of her cancer journey, losing her hair. When she started her chemo, in May of 1995, she cut her pony tail off and that was one of the few times I have seen her cry through the ordeal. I still have the pony tail clipping today wrapped up in tissue with the collection of Hummel figurines that was passed down to me from her.”

“This dedication is something I have wanted to do for a long time. She was a special woman in my life for whom I was blessed to be in hers.” 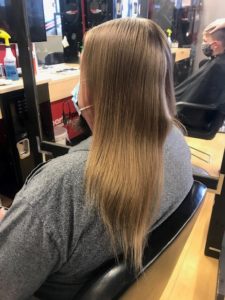 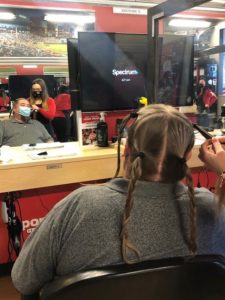 In honoring Ruth Ann’s memory, Steven also restored a sense of confidence and normalcy others had lost when they began their fight with cancer or alopecia. We encourage you to learn more about donating hair at www.locksoflove.org, as well as familiarize yourself with signs of ovarian cancer here.

LEADING WITH OUR VALUES